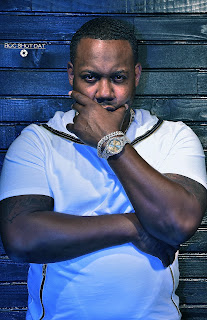 In his usual tireless fashion, Tha Natural has been attending interview after interview over the past several weeks.

Stay tuned because there is much more in store for this artist/entrepreneur. He is just embarking on some major ventures and you won't want to miss what's coming in 2017!

After being away for over two decades, Houston based rapper Tha Natural bounced back with a ton of material for his fans, including "Gave Me Life". This @KalaniOnTheBeat produced track featuring Louisiana's own Kevin Gates is a monster! Tha Natural uses his unique storytelling ability to help us to see into his childhood, and he then brings us forward to adulthood, where he experienced an unfortunate event that caused him to be incarcerated for over 22 years. Tha Natural used that time to write not only lyrics, but a business plan that, upon his release, helped him to become a true businessman in every sense of the word. He owns his label, Loss Life ENT, and is putting in the necessary work to make certain it becomes one of the foremost independent rap labels in the country. "Gave Me Life" can be purchased from any major digital music retailer, including iTunes, Google Play and Amazon, and it can be streamed on Apple Music, Spotify, and more. Follow Tha Natural on Instagram - @iamthanatural